Premier Li Keqiang said on Oct 14 that China's development is propelled by opening-up and reform, and China will share its development opportunities with the world to achieve better development.

Premier Li made the remarks when delivering a speech at the opening ceremony of the 130th session of the China Import and Export Fair, or Canton Fair, in China's southern city of Guangzhou.

Premier Li said that, over the past 65 years, the Canton Fair has been through some ups and downs but has never stopped, which is a remarkable achievement.

He said the history of the Canton Fair is a history of China's opening-up and integration into the world economy, and also a history of enterprises from all over the world sharing China's development opportunities and achieving mutual benefit and win-win results. 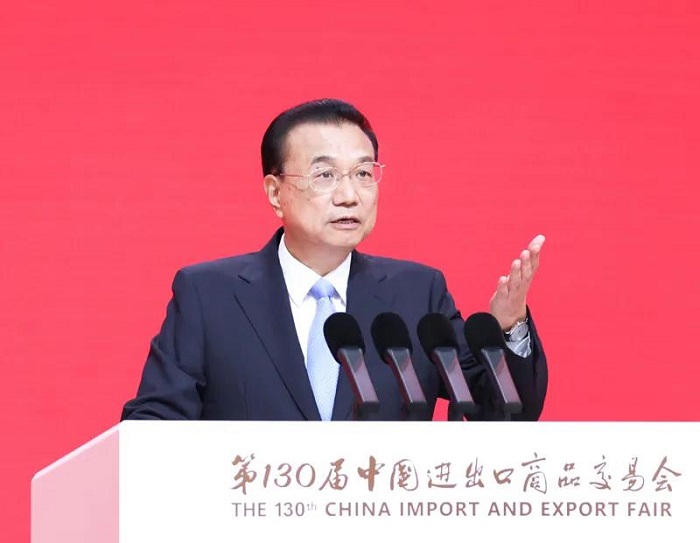 In the face of the resurgence of COVID-19 and the profound changes in international situations, countries around the globe must exhibit the courage to tackle obstacles, as well as tolerance and inclusiveness, determination in opening-up and sincerity in cooperation, Premier Li said.

The Premier called on all parties to work together on COVID-19 response, uphold opening-up and cooperation to facilitate economic recovery, and uphold inclusiveness to promote common development.

On the Chinese economy, Premier Li said that, faced with a complex and stern international environment, as well as multiple shocks from the pandemic and severe flooding this year, China has risen to the challenges and difficulties while maintaining regular COVID-19 response.

Premier Li said the Chinese economy has sustained a steady recovery, and the major economic indicators have been running within an appropriate range.

Meanwhile, the recovery of the Chinese economy is still unstable and unbalanced, with increasing challenges in maintaining a smooth economic operation, said Premier Li, adding that China will act on a new development concept in keeping with the new stage, foster a new pattern and advance high-quality development.

China will focus on its own business, keep the economy running in an appropriate range, and promote the stable and long-term development of the Chinese economy, Premier Li said.

The Premier said China will rely on its industrial and market advantages to deepen foreign economic and trade cooperation.

He said China will keep its foreign trade policies consistent and stable, and continue to import more quality products and services.

Premier Li announced that a new number of integrated pilot zones for cross-border e-commerce will be established before the end of the year, realizing full coverage of all cities in Guangdong.

Premier Li said the development of new business forms such as overseas warehouses will be accelerated and overseas smart logistics platforms will be promoted.

China will step up international cooperation on trade digitization and develop a group of pacesetter zones for the digitization of global trade in the Guangdong-Hong Kong-Macao Greater Bay Area and other areas, said the premier.

On optimizing China's business environment, Premier Li said China will further shorten the negative lists on the market access of foreign investment, zero out the manufacturing items on the negative list in pilot free trade zones, and keep easing access to the services sector.

China will ensure the high-standard implementation of the post-establishment national treatment for foreign investors, said Premier Li, adding that foreign investors will be supported in increasing investment in such areas as medium and high-end manufacturing and modern services and in the central and western regions.

"Foreign-invested firms are encouraged to undertake commissioned research and development business and projects in China's National Science and Technology Plan," he added.

China will continue to earnestly implement the Foreign Investment Law and its supporting regulations, resolutely combat intellectual property violations, and foster a level playing field where all businesses, both domestic and foreign-invested ones, are treated as equals, Premier Li said.

On international economic and trade rules, Premier Li said China is open to and welcomes all regional free trade arrangements that conform to WTO principles.

China will work with all relevant parties for the early entry into force and implementation of the Regional Comprehensive Economic Partnership (RCEP), actively promote the process of joining the Comprehensive and Progressive Agreement for Trans-Pacific Partnership (CPTPP), said Premier Li, adding that China will conclude more high-standard free trade agreements and strengthen cooperation in emerging areas such as global digital and green governance.

Premier Li underlined that reform and opening-up is China's basic national policy as well as the fundamental power that propels China's development, now and into the future.

Foreign leaders spoke highly of the Canton Fair's role in promoting international trade and investment cooperation, and facilitating the global economic recovery in the post-pandemic era.

They expressed their confidence in China's economic development prospects and said that they will encourage companies from their countries to expand cooperation in China to better share China's development opportunities and inject new energy into the Asia-Pacific region and the global economic recovery.

After the opening ceremony, Premier Li inspected some domestic and foreign exhibition pavilions and listened to their briefings on businesses. 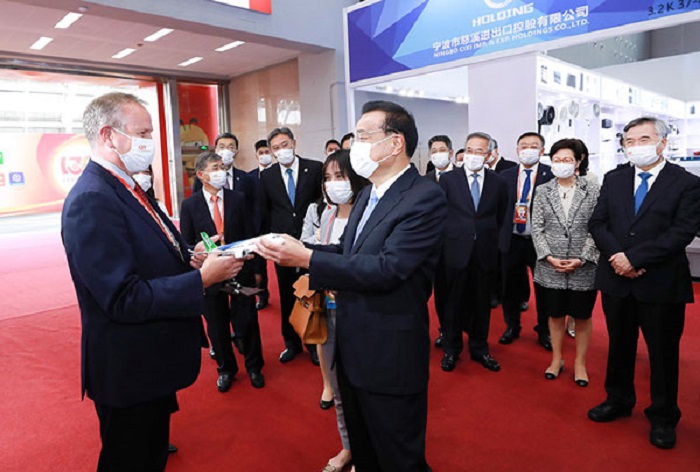